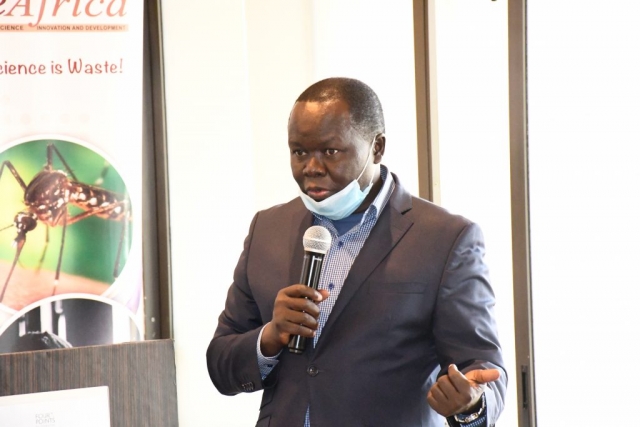 Mr. Daniel Otunge, Science Africa’s Deputy Executive Director, has been nominated to become a member of the Scientific Board of the International Basic Science Programme (IBSP).

IBSP focuses on capacity building in basic sciences research and education and on promoting the application of basic sciences and advanced technologies for societal development. IBSP acts in the four disciplines of the basic sciences, namely mathematics, physics, chemistry, and biology, including their applications and interdisciplinary areas.

Operational since 2005, IBSP is the only international forum in the United Nations, which makes recommendations to the Director-General of the United Nations Educational, Scientific and cultural Organization (UNESCO) and its Member States on the global situation of the basic sciences through consensual deliberation involving all regions of the World. The Scientific Board of this programme is composed of world experts with a mandate of three years and are eligible for reappointment for a further term of three years.

In his acceptance speech, Mr. Otunge said it is a great honour for him, Science Africa and his profession in journalism and communication.

“I believe that UNESCO has done a good thing in recognizing that communication specialists and journalists for that matter, have an important role to play in popularizing basic sciences such as mathematics, physics, chemistry and biology, as the bases of innovation,” he said.

“I will use this opportunity to advocate for better policies in support of the basic sciences in Africa, tapping from my long experience as a science policy advocate. Focused development of and enhanced investment in basic sciences are critical to technological innovations in any given country, more so for developing countries, such as Kenya.”

Congratulating Mr. Otunge on his new appointment, Dr. Evangeline Njoka, Secretary General and Chief Executive Officer at Kenya National Commission for UNESCO said, “As you take it up, this new position gives you an opportunity to share your expertise at a global level to make a meaningful contribution towards Basic sciences for sustainable development. The timing of your appointment is appropriate at this moment when the world is calling for evidence based scientific knowledge for policy and decision making to battle the COVID-19 pandemic.”

This story was first published by Science Africa