How does IPCC work? 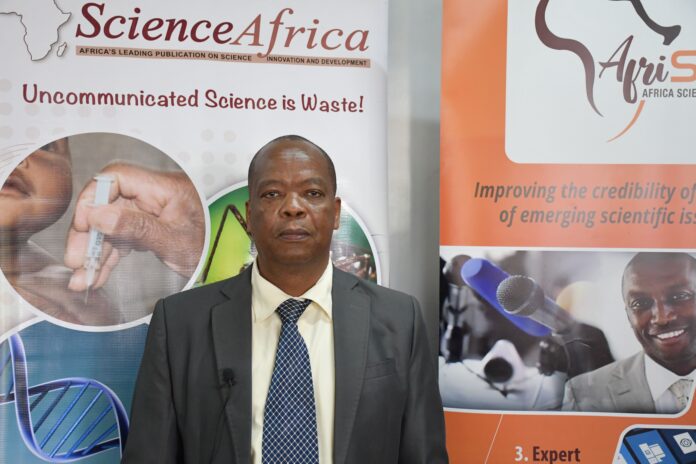 Dr. Joseph Nzau Mutemi, one of the Lead Authors of the just-released 2021 Intergovernmental Panel on Climate Change (IPCC) report and Scientist at the University of Nairobi

The Intergovernmental Panel on Climate Change (IPCC) itself is an international intergovernmental agency consisting of established expert panel who undertake tasks on aspects of climate change from the science basis which is done by a group referred to as working group 1 (The physical Science) to group 2 which works on the impacts and then a panel referred as working group 3 which works on what is it that we should do to avert adverse climate change and have ideal climate conditions for humanity in the long term. I am lead author in working group 1 which is the physical science basis and that is what I will be sharing with us in this particular session.

In terms of the process, the contribution to the working group one which is the physical science is a collective team work consisting of a large number of experts who are constituted in the context of lead authors from very many countries all over the world. The recently released assessment, “Climate Change 2021: The Physical Science Basis. Contribution of Working Group I to the Sixth Assessment Report of the Intergovernmental Panel on Climate Change” was worked on by a total of 234 authors coming from 365 countries round the world with both male and female experts. To a good extent, authorship included experts who are younger in the field for purposes of nurturing next generation and future champions in these challenges facing mankind.

The process would go through the team having hands on working sessions bearing in mind of what is happening adversely to the climate in the various geographical areas of the world including Africa.  Resources and tools available to lead authors included relevant new knowledge from peer reviewed published literature since the release of 2014 assessment, supercomputer generated projections of the future climate from the suit of models contributing to worldwide experiments called CMIP6 simulations and wide range of analytical approaches for production of consolidated assessment illustration results.

What is causing climate change?

Basis of climate change is the man’s input of excess gases in the atmosphere called greenhouse gases.  The major greenhouse gas is carbon dioxide released by combustion of petroleum and other fossil fuels which we have used since industrial revolution for energy. Greenhouse gases in the atmosphere absorb nearly all thermal infrared radiation emitted by the earth’s surface to the atmosphere above.  Earth’s process of emitting energy to atmosphere is a good cooling mechanism for the solid earth. The energy should escape to outer space nearly rapidly, but this is not the case. In turn, the gases emit their own range of ‘infrared heat’ some of which comes back to the earth’s surface. This back thermal energy makes the surface of the earth much warmer than would have been the case if the gases were not excessive amounts in the atmosphere. In simple terms, we can say these gases ‘trap heat’ from escaping from the surface of the earth. The more these gases increase in the atmosphere due to their release by human activities, the more the heat returned to the surface of earth and climate gets continuously warmer.

The main gaseous pollutants emitted by man’s activities into the atmosphere and which are re-emitting thermal energy from the atmosphere back to the surface are Carbon dioxide, Methane, Nitrous Oxide, and Chlorofluorocarbons. These gases have potential to warm the global climate, starting with Carbon dioxide which traps the greatest portion of the heat, and hence the term Global Warming Potential of the gases. Global Warming Potential of a greenhouse gas is determined relative to a ton of Carbon dioxide emitted into the atmosphere. It enables us compare and clearly understand the impact of each gas to the climate. The point here is that, it is mainly the intensive use of fossil fuels releasing Carbon dioxide followed by the other greenhouse gases which is our greatest concern when it current problem of climate being much warmer with serious implications on our welfare in the future .