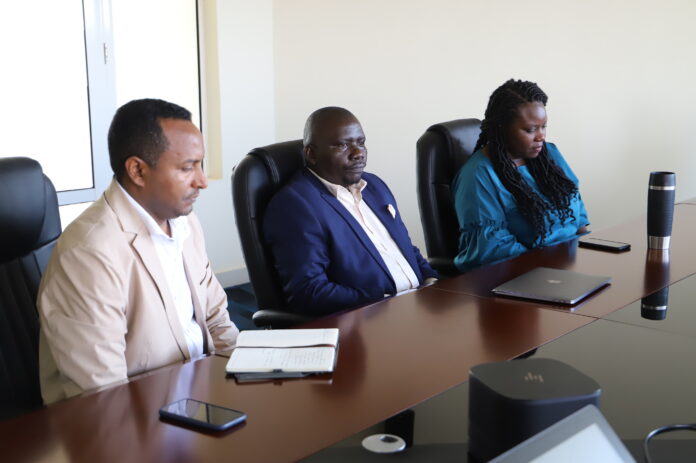 With the twenty-seventh United Nation Framework Convention on Climate Change (UNFCCC) Conference of Parties (COP) set to be held in Egypt, African experts have called for the need to prioritize loss and damages in the discussions.

Here are comments from the climate experts at the Intergovernmental Authority on Development (IGAD)‘s Climate Change Prediction and Applications Center‘s (ICPAC).

Most countries in Africa, including in the IGAD region, do not have the right technical skills to write project proposals to get money for adaptation. As Africans, we must put our house in order, adopt the correct standards, and prepare solid proposals when we request funding.

In any case, the amounts we’re talking about are largely insufficient. Look at the Nationally Determined Contribution of Kenya, for instance. The country needs 60 billion dollars in the next five years to reach its objectives in reducing emissions and adapting to climate change. So, USD 100 billion per year globally simply won’t do the job.

On the question of loss and damages, the standards are not adapted to the African context. As an example, housing that is part of an informal settlement and has been damaged by floods is not eligible for compensation because it was not a “solid construction”, but this is how most houses are built in this part of the world! The same goes for the loss of livestock, which is not covered in case of drought.

We are so close to 2030. Even if we are given everything we are asking for, time is extremely short. I hope people come to COP with a clean heart and an open mind, but still some key players are not putting all their cards on the table when it comes to loss and damages.

I’m a pragmatist and I feel that a lot of the debate around climate change is still very theoretical. We haven’t quite yet figured out how to decarbonize the entire world. We talk about the electrification of transport in Africa but if you want to buy an electric car in Kenya, it’s 10 million shillings (100,000 USD). Who can afford this?

As Africans, we also talk a lot about loss and damages. I am going to ruffle a few feathers here, but we haven’t seen any western country compensate for atrocities they have committed in the past, so why do we think climate change would be the first? There might be goodwill but realistically, with the whole world facing inflation, money is scarce.  The solution for adaptation cannot only come from the loss and damage negotiations, the need is too big.

Most of our nations are very young, and we still have a lot of teething problems. Our institutional infrastructures are not always the best and corruption is still a huge issue, so even the resources we have are often badly used. My hope is that the private sector steps in. Look at mobile money. It was born out of Kenya, and it has revolutionized the banking industry globally.

There’s a lot of technology that is being introduced and that can allow us to leapfrog as a region and solve some of the problems. Rainfall for instance: most vulnerable famers rely on rainfed agriculture and they either have too much or too little rain. Why can’t we use technology to improve on the availability of water? Desalination technologies could be a game changer for a country like Somalia that has one of the longest coastlines in Africa and where people are currently on the brink of famine.  Of course, there are other underlying issues, but nothing that seems insurmountable, especially if we engage with research institutions and the private sector and its capacity for innovation through smart funding mechanisms.