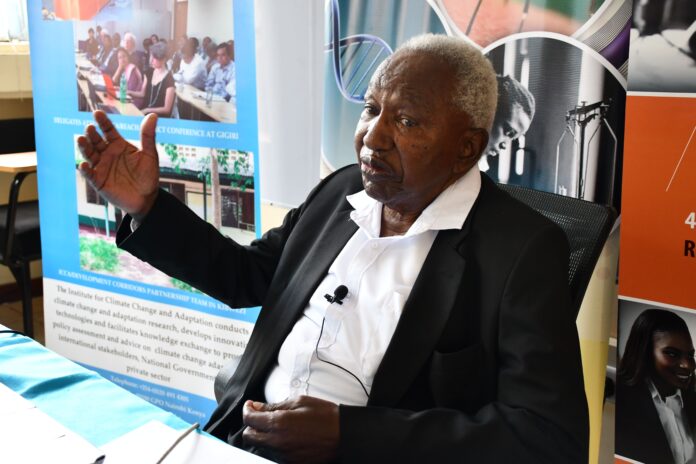 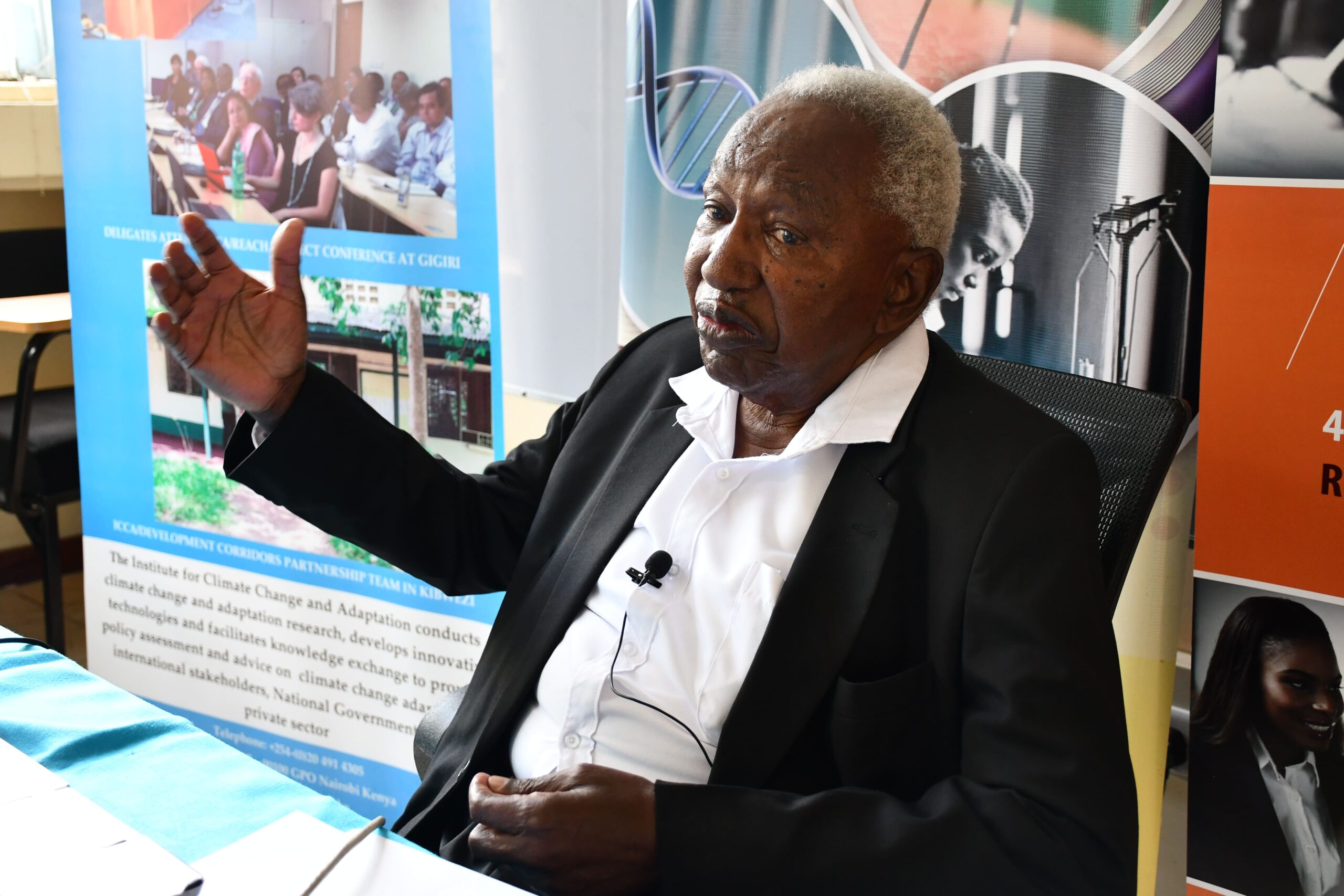 Nairobi, 8th April 2021:-Unless Africa ramps up its capacity to mitigate and adapt to climate change, it will be hit the hardest with its effects.

Speaking on How Africa can mitigate and adapt to climate change effects during a media briefing held by Africa Science Media Centre (AfriSMC), Prof. Shem Wandiga, a retired professor of Chemistry and former Acting Director Institute for Climate Change and Adaptation (ICCA), said that African governments are failing to prioritize climate change mitigation and adaptation activities, citing the low investment in technology development and weak financial transparency in some of the countries.

“African governments must have robust action plans to reduce emission of greenhouse gases by venturing into new innovations, including the use of electric vehicles, solar energy, geothermal energy, wind energy and hydropower,” he said

Other innovations Prof Wandiga said should be prioritized include increased efficient use of energy in domestic buildings, transport systems, cycling and sharing of rides to work places.

Focusing on energy, he noted that only three countries- South Africa, Morocco and Egypt- have major energy projects of over 100MW power. The rest have the “curse of power project agreements” characterized by missed deadlines and overpricing while energy consumers complain of being burdened by high cost of electricity by power companies, Prof. Wandiga said.

The African energy situation is so dire yet only 3,106 solar power plant projects worth 236,211 MW are operating in Africa. The good news is that there are 249 projects are being constructed worth 42,649MW while 2,324 projects worth 294,096MW are in planning stages.

The Garissa Solar Plant in Kenya is the largest grid connected solar power plant in Eastern and Central Africa, generating about 50MW. The project is contributing about 2% of the national energy mix and has led to a significant reduction of energy costs in the country.

He disclosed that the most relevant studies suggest adaptation costs in the African region ranges between US$ 20-30 billion per annum over the next 10 to 20 years.

Prof. Wandiga cautioned that corruption should not be used as an excuse by developed nations to stop assisting Africa financially with regards to climate change.

“There is a pressing need to mobilize resources to address the continent’s current limitations to deal with climate events, as well as resources to deal with future climate change,” he said, adding: “Adaptation investments substantially reduce the hardship of climate change in Africa. The potential benefits of adaptation spending need not be undermined by concerns about absorptive capacity. “

Africa’s immediate adaptation priority, Prof. Wandiga stated, is to improve its current adaptive capacity, much of which will be operationally indistinguishable from – and needs to be fully integrated with –traditional development activities.

Beyond this, he said, a series of more targeted adaptation investments are required and it is crucial that African decision-makers factor climate change into all long-term strategic decisions starting immediately.

He pointed to several areas- water resources, agriculture and land management- where adaptation practices could apply in the African context.

On sustainable agriculture, he noted the need for proper use of manure, intensive bio-farming, water harvesting under conservation agriculture, among others, which are better ways of conserving agricultural land.

The retired Professor of chemistry emphasized the need for widespread adoption of conservation agriculture to promote maintenance of a permanent soil cover, minimum soil disturbance (i.e. no tillage), and diversification of plant species.

Sustainable land management would involve land revitalization where farmers turn abandoned, idle, or underused sites to productive use.  Planting trees and crops together and harvesting in ways that produce natural nitrogen fertilizers in the soil for longevity are beneficial to the land.

Please, feel free to reach out to us for Prof Wandiga’s contacts if you would like to conduct direct media interviews on this subject.